Top 10 reasons the Shockoe ballpark is a bad idea

At this point, we all know that Mayor Jones wants to build a baseball stadium in Shockoe Bottom. He’s doing his best to convince us that it’s a good idea for Richmond. Here are 10 reasons why I think he’s wrong:

1. Baseball parks are disposable. Baseball stadiums don’t last. Even Yankee’s Stadium, “The house that Ruth built,” was demolished for something bigger and better. Here it is in all its glorious ruin: 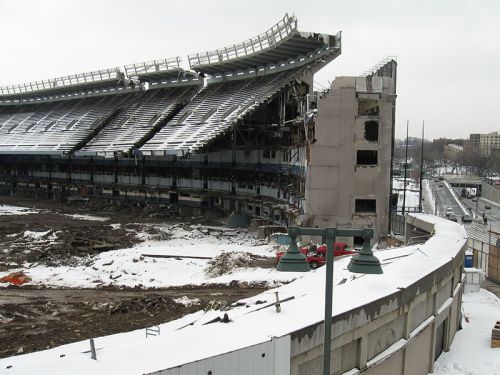 In the case of Shockoe Bottom, we are planning to build more developments alongside our stadium concourse. Do we have a plan for how we’re going to retrofit the concourse when the stadium is out of date? Honestly, how long will this stadium last. 50 years? 100 years? I bet Main St. Station will be standing long after the ballpark has come and gone.

2. The team could ditch us. Contracts can always be broken. If the team leaves, the league has apparently agreed to cover the cost, but what will we do with the space at that point? Last fall, the Atlanta Braves announced they have received the government approval to build a new stadium in nearby Cobb County. They recently released stunning designs for this new stadium complex that they are hoping finish by the 2017 season. If they move forward with the plan, Atlanta will start scrambling to find a new use for Turner Field: 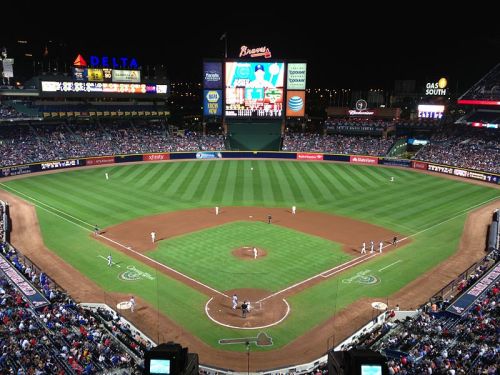 3. Stadiums are only good for one thing. It’s not good to devote so much valuable urban land to one single use. Urban areas are dense and integrated with housing, businesses, institutions, and public space all nearby. These areas of cities are best for many uses (at a park you can picnic, host a concert, play basketball, organize, or do yoga). In contrast, ballparks are PERFECT for the suburbs where everything is already spread out, huge and single-use. One example is Ranger’s stadium in Arlington: 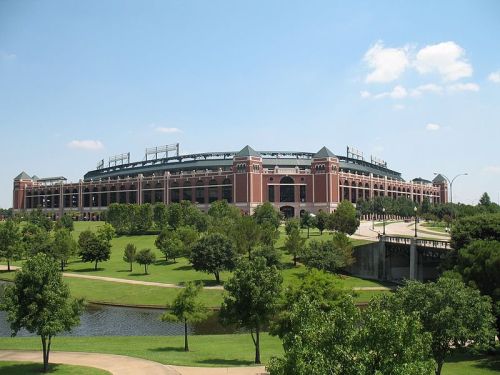 4. Stadiums don’t add value to daily life. Stadiums are used for about 164 games each year. Even on those days, they are only full for the 3-5 hours that visitors spend on the premises. The other 201 days they are mostly empty aside from practices and sports camps for kids. For the majority of their lifespan, stadiums are empty. In contrast, some of the most-visited places in the world are places that simply enhance the daily life of residents and tourists for generations: 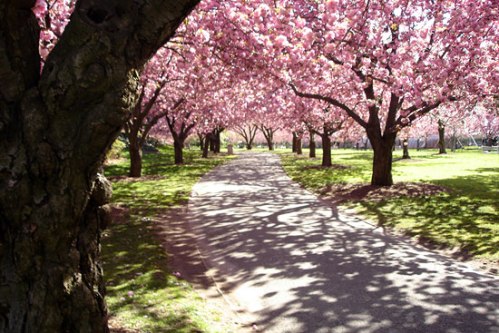 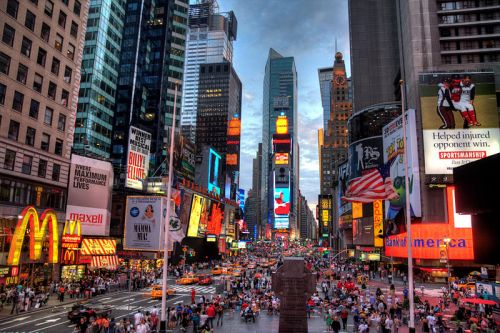 5. Baseball stadiums are not public space. In the middle of almost every admirable city there is open, public space (see two photos above). Public space can be integrated into the fabric of the city: alongside railroad tracks and highways, next to rivers, and across from businesses. Here are a few more: 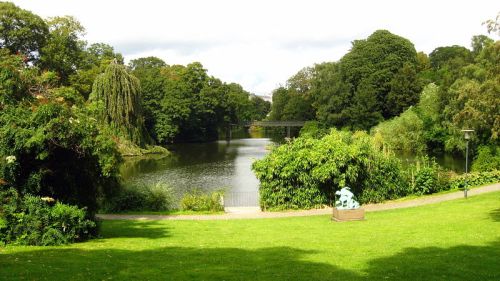 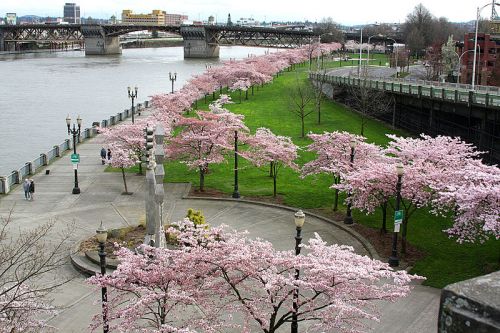 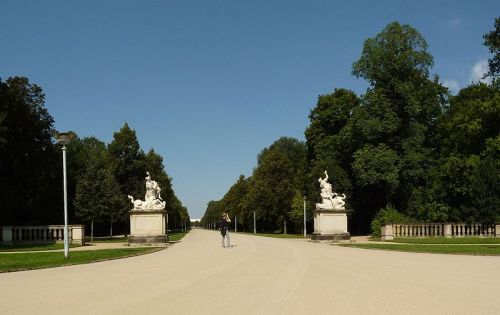 6. Richmond doesn’t want a ballpark in Shockoe Bottom. Mayor Jones and his advisers are the sort of politicians that believe they know what’s best for their citizens. There will never be a public vote on this plan because Jones knows that it would fail. He also wouldn’t put to a vote because he doesn’t care. This attitude is particularly offensive as someone who thinks that Richmond is a pretty smart and sophisticated place. I honestly believe if Jones had engaged a group of knowledgable citizens in the process, the final plan would have been incredible. Maybe we would have ended up with something like this: 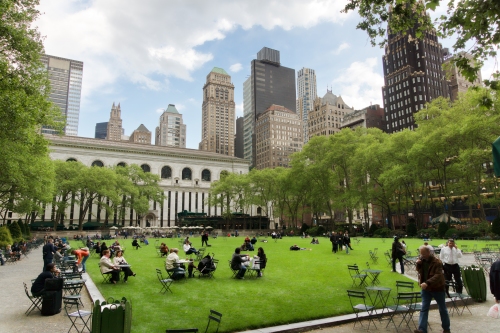 Notice all the shops and cafes nearby? Bryant Park is an asset to many businesses  in the area and is connected to the nearby New York Public Library. It’s also a model that could be emulated in Richmond. The park is maintained by a publicly-funded private entity, the Bryant Park Corporation. According to Wikipedia, “… BPC is now funded by assessments on property and businesses adjacent to the park, and by revenue generated from events held at the park.” 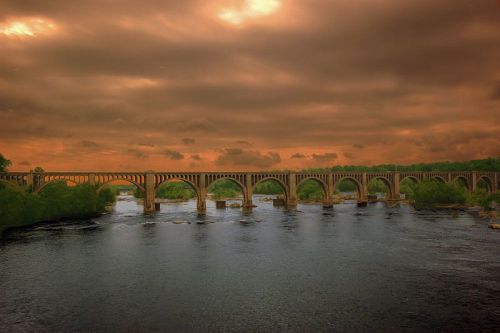 I know the mayor has plans to continue the riverfront redevelopment plan, but I don’t think he realizes the ballpark could begin to outweigh the river in our public image. Richmond could be known as a city of timeless architecture and natural beauty. The ballpark is neither of those things.

8. The ballpark is destined for mediocrity. Why do we want the crown jewel of Richmond to be a stadium for a minor league baseball team? As we improve our image locally and nationally, we should strive to keep our most valuable assets in the center of the city. I love The Squirrels and I think their games are fun and easy to love. I just think we can do better for the center of our city. Many people have mentioned the need for a slavery museum. There has been a backlash of people saying that museums are boring, but I think a museum could be world-class, free, and could encourage a spirit of learning. Unlike a baseball team, local history isn’t going anywhere. Also, we would have an easier time seeking donations for something historically significant. Maybe something like this: 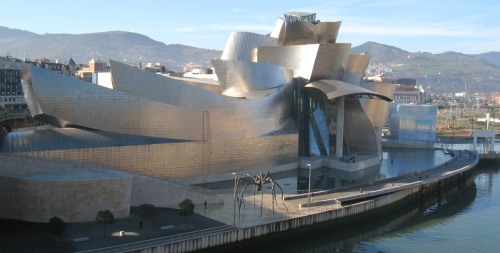 Bilbao is a city of 350,000 people in northern Spain. This museum cost $89 million through a partnership with the Solomon R. Guggenheim Foundation. Richmond is a city of 201,000 people. We’re planning to build a minor league baseball stadium for $50 million without any international partnership. Which project is worth the cost? The whole world knows about Bilbao because that city dared to do something world-class. Even Roanoke turned heads in 2007 with the construction of a museum that set a new design standard for the region.

9. We’ve tried this before. The city of Richmond has funded and subsidized many single-use, large-scale venues in the past. These include the Richmond Coliseum, the Greater Richmond Convention Center, and the Carpenter Center. Each of these was built or renovated with the hope that they would help revitalize the area around them. The results have been mixed. I personally love the Carpenter Center and I think that it has been the most successful example in conjunction with grants extended to business on Grace St. More recently, efforts to encourage development on Broad have had incredible results. These have come from the hard work of citizens and government employees. The large-scale developments may have played some small role. That sort of revitalization will come with a more small-scale, intensional reinvestment program.

10. Richmond deserves better. It’s really irresponsible to spend our time and precious resources on something that will eventually be outdated. We can’t devote valuable land in the center of our city to the construction of a building that will be used for 70 days out of the year by a minor league baseball team that could leave. Even if they leave after 30 years, we’ll still be scrambling to find a use for the space. But there is no other use for the space because stadiums can’t be retrofitted or rebuilt. We can’t afford to ignore the rest of the city and try, once again, to revitalize Richmond with a big, flashy project downtown that is being celebrated as the future of Richmond.

If we must have a big project, we should at least build something that will be historically, architecturally, and culturally significant as well as something that is relevant to the place and people of Richmond.

“World-class cities are not built on a foundation of minor-league ideas.”