The Richmond art scene has been blowing up for years. Now, in epic proportion, artists here have begun to reveal this transformation in the public realm.

Rather than start with the newest, most epic murals (skip to the end if you want!), I want to put this Richmond mural passion in some context. Like all great American stories, it starts with Coca-Cola. This advertisement is located on the side of Globehopper at Main and 21st. I believe paintings like this became common starting in the mid-1800s along with the rise of the modern brand: 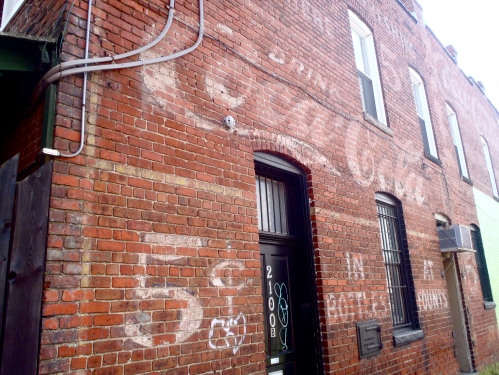 On the same wall, the Globehopper mural stands in vivid contrast: 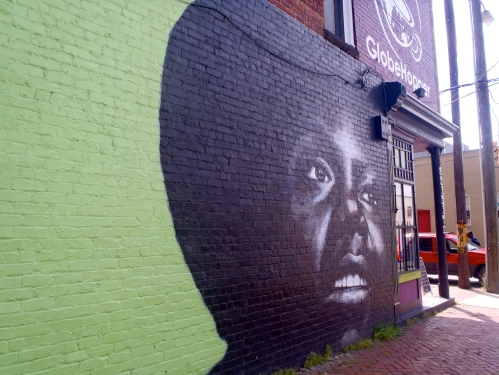 I think this mural is Trask at his best and, in all honesty, I think I could end the story here. But alas that would not do justice to what is happening. These newest murals (the next two and the last one on this post) are apparently a part of the G40 Art Summit, a sort of obscure event that has come to energize the Richmond art scene for the month of April.

Writes Art Whino, “By inviting 13 of the top mural artists from around the globe to unleash their creativity to 20 large scale walls in a 10 block radius, it will surely become amazing artistic destination point for years to come.” As I drove west on Main St. I was soon greeted by one of these murals: the most epic (and hopeful) turtle I have ever seen. It’s being painted on the back wall of famed nightclub Have a Nice Day which means I’m surprised and impressed. And you may be amazed: 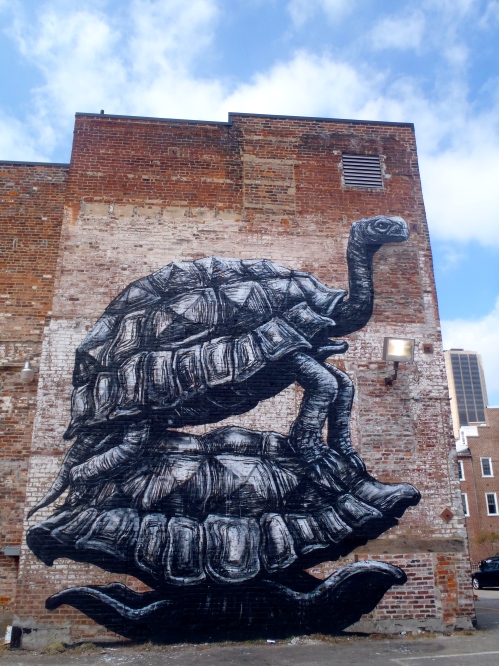 Somewhat more fittingly, Have a Nice Day is also adding a somewhat demonic-looking mural of a man whipping a lion (?) to their exterior wall facing Main. I can’t pass final judgement at this point because it’s not finished, but I do know this: There are epic murals in Richmond: 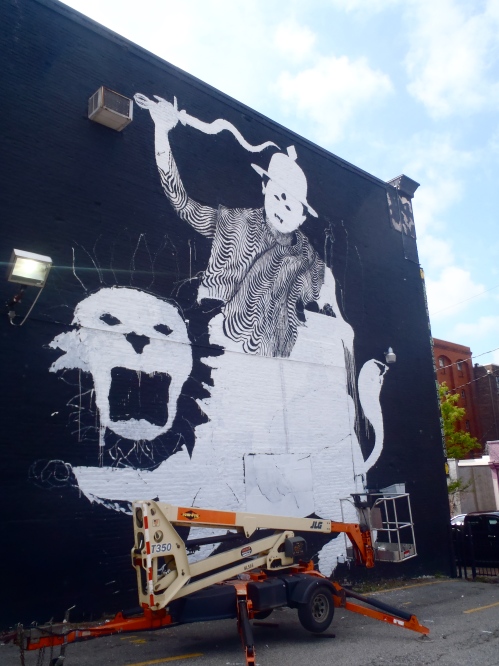 A little farther down Main, there is a mural that seems to have been commissioned by Offender Aid and Restoration of Richmond. While not the most epic, it is the most clear narrative portrayed in the murals I’ve seen lately and I appreciate OAR’s embracing the mural format in their latest outreach: 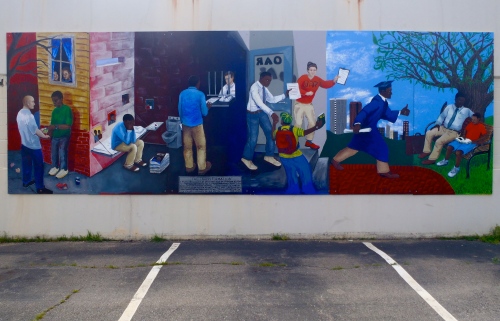 I also couldn’t help but include a snapshot of the graffiti located just a few blocks away from the mural above. While I’m not sure where “graffiti” becomes “mural,” I am sure it’s probably for a dumb reason so here’s my sample:

Finally, this mural is the last one I catalogued on my drive down Main St. and in some ways this one is the reason why I’m writing this post because it is the first I saw of the newest crop. It is, I believe, an elephant holding a hamburger that’s been shot with a few arrows … feast your eyes: 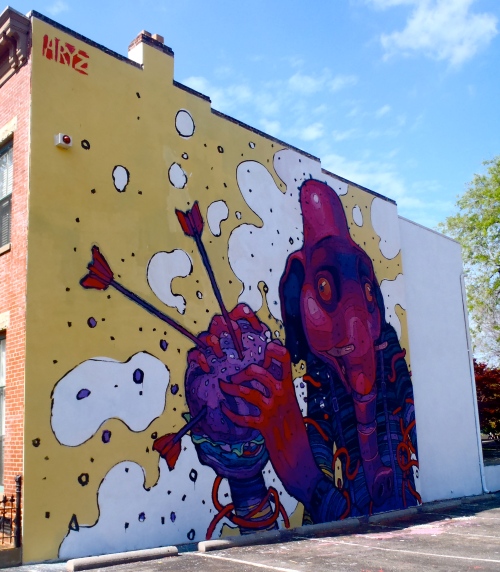 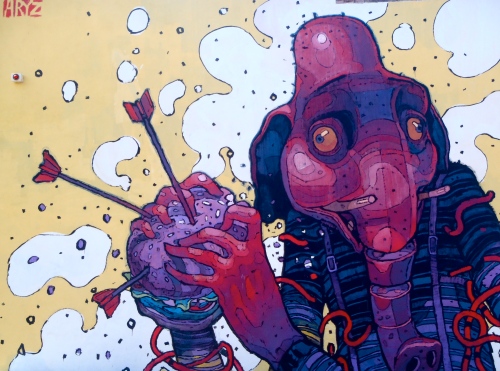 The only thing I can say at the end of a post like this is “holy. moley. murals.” What I love most about murals is that they take an everyday walk down a street and turn it into a free stroll through an art gallery. If you don’t like art, you might not like these murals, but you have to at least admit they are better than a blank wall. Creativity like this gives a city, and individual buildings, significance and character.

And the crazy thing is these are just the beginning … for examples of more epic murals check out this article by RVA News of other murals being painted around town this week. While I selected one street, they selected the entire arts district from Manchester to Broad St. I couldn’t be more pleased that my favorite city just got that much cooler.

And a little more bizarre.