Elks, Masons, and Odd Fellows: antiquated past or valuable tradition?

“I just worry,” my dad told me one day this summer, “that there won’t be enough Shriners in the future to maintain hospitals like Scottish Rite (Hospital, Dallas).” “Well,” I responded, “why don’t you become a Shriner?” 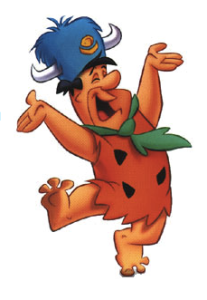 Growing up, I never would have thought about fraternal societies. To be honest, Barney Flintstone’s membership in the Loyal Order of Water Buffaloes was the closest I ever came to even knowing they existed. Then I went to college, joined a fraternity, and never looked back … until now. I graduated in May and in the last few months, fraternal societies for grown men have started to make a lot more sense. I think it was when people started doing this weird thing — calling me a man instead of a guy — that I started to wonder what I was getting myself into. Isn’t being a man all about being lonely and depressed? Work all day then come home and sit in your house? Robert Putnam’s book Bowling Alone makes a strong case that we’re living more of our lives without each other. As a result, it doesn’t feel like there’s any benefit to this whole “guy-to-man” switch … just more responsibility. There’s nothing cool waiting for me on the other side. But in the context of our nation’s history, that wasn’t always the case. There was an era of the American city when the fabric of society was dense with organizations and groups that carried and supported you through all the stages of life.

Douglass Rae summarized this era of ‘urbanism’ in this way:

“All or virtually all of the people who were assembled by these organizations — whether for religious or a fraternal lodge meeting or a sporting contest — were members of locally grounded communities. And the acts of assembly and association almost certainly deepened and enriched participants sense of loyalty to and identity with place.” Rae, City: Urbanism and its end (2003).

Rae’s research focussed on the city of New Haven, Connecticut and the 100-year deterioration of urbanism. In his research, he documents how each city block in New Haven was once a thriving microcosm of society. Middle-class men and women were usually a part of several societies in the city for different purposes including fraternities, sports teams, and social clubs. It’s wasn’t easy life in 1900, but it was lived together.

Today, things have changed. The America of 1900 no longer exists. But what I love about cities is that the buildings in our cities (the ones that survived) are the constructed monuments to our past. Tyler, TX is no exception. While they don’t hold the same place of prominence in the region, there are still buildings in Tyler that harken to an older era. The Masonic Lodge (pictured above), built in 1932 is the most striking downtown example that is still in use. I’ve driven by this building numerous times, but never thought it was special. Today, I almost felt like someone was going to

come out and kidnap me for taking a photo of their building. The awesome neon sign (left) on the street is also worth noting … I don’t recognize some of the symbols, but I’m sure they all mean something to the men involved. The pentagram at the top looks slightly demonic, but I’d still think it was cool if my dad went to this building for a meeting once a week.

Other buildings in Tyler are no longer being used for their original purposes, but still bear the markings of early twentieth-century urbanism. The old Elk Lodge is one such building. I believe there is still a group of Elks in Tyler, but now they meet

on the edge of the city in a newer lodge. It’s kind of a shame they moved, but I’m partially glad they did because the building is amazing and I got to walk through it today (without being properly initiated). It’s currently being renovated by Ron Mabry of Tyler for events in the city. I believe All Saints Episcopal is having a dance later on in the year. I hope that at least one high school student walking by notices the plaque on the building that states the founding purpose of the building: “Tyler Lodge No. 215, B. P. O. Elks, M. E. Danbom, Exalted Ruler.” The people on this plaque cared enough about each other to build a building where they could meet, talk about life, celebrate and mourn.

Only the oldest parts of our nation harbor these artifacts of the American past. It is always good to remember where we came from because it gives us a context for

where we are. Plenty of people today are talking about why guys aren’t growing up, etc, but I don’t think they ever ask the question, “What’s waiting on the other side?” Yes, traditions are cumbersome and (quite necessarily) antiquated, but even in this postmodern society there is utility in having a structure to stand up under. There is a beauty in being told how to act. So don’t mock the Oddfellows, Lions, Masons, or Shriners. The men involved in these organizations are engaging in a tradition of American civil society that was once a grand element of this American life. Today, it is mostly just plaques on buildings … and a memory of how life could be.